In 1983, an unknown and unpublished tale by Wilhelm Grimm was discovered. Dear Mili was preserved in a letter he had written to a little girl in 1816. It was first published in 1988.

Like all the Grimm fairy tales, there are disturbing moments. This telling is partnered with the art of Maurice Sendak and he makes the story come alive.

In this story, a widowed mother and her young daughter live at the end of the village, when a war comes, the mother sends her little girl into the forest and instructs her to come back in three days. The little girl wanders protected by her guardian angel until she comes to the house if Saint Joseph who sends her home after three days, but alas, each day has been a decade, and while she is still a little girl, her mother has grown old waiting for her return.

The detail in the illustrations make this book worth the price. 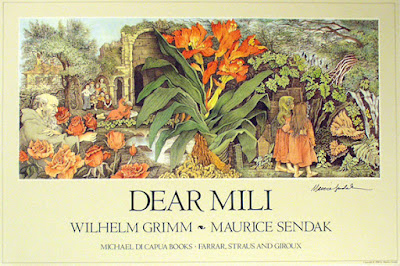 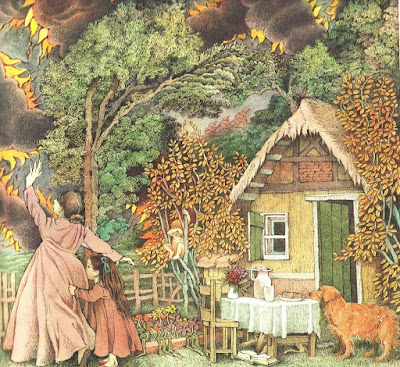 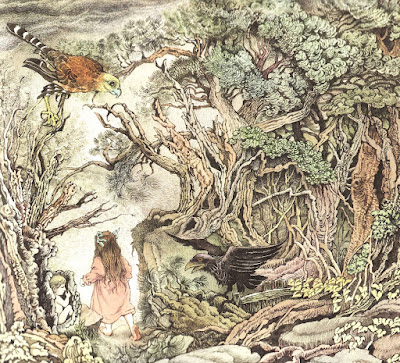 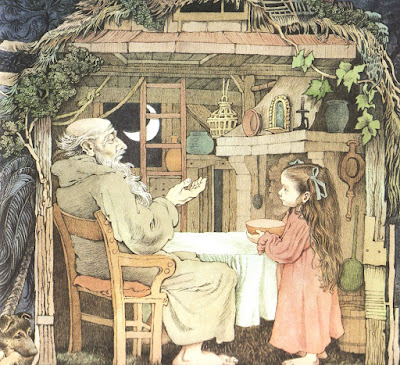 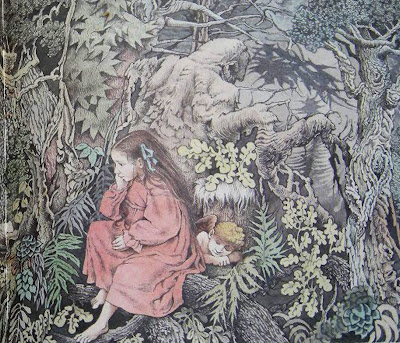 Read a fairy tale to a child today as it has been shown to increase their ability to understand the world.
Posted by Catherine1216 at 9:06 AM