Oscar Wilde was born in Ireland in 1854. Although he only lived for forty-six years and didn't write very much the last few years of his life, his writing is amazing, and he always makes me think.

He is well known for his play: The Importance of Being Earnest, which shows how foolish we are when we put too much weight into what society values. This play will make you laugh and think. The dialogue is incredibly witty.

It was made into a movie. Because it is a play, it is meant to be watched as such, and the movie is good. 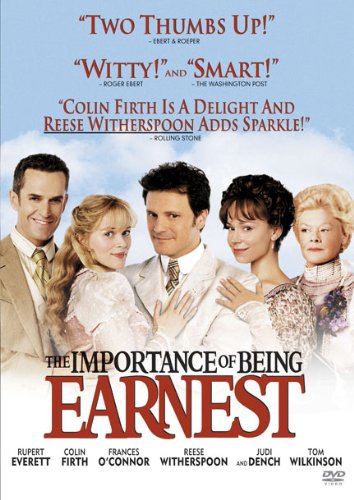 Oscar Wilde also wrote The Picture of Dorian Gray. This story makes the reader question, "What if the deeds we did reflected in our image?" This book is chilling and as always, Wilde's wit is seen in the dialogue.

Wilde wrote The Happy Prince and Other Stories for his young sons. This collection of fairy tales is well thought out. As always, Wilde makes the reader think: '"I never said I knew him,' answered the Rocket. 'I dare say that if I knew him I should not be his friend at all. It is a very dangerous thing to know one's friends'" (48).

"They did not understand a single word of what he was saying, but that made no matter, for they put their heads on one side, and looked wise, which is quite as good as understanding a thing, and very much easier" (Wilde 105).

"'How well you talk!' said the Miller's Wife, pouring herself out a large glass of warm ale; 'really I feel quite drowsy. It is just like being in church'" (Wilde 26).

Although he wrote these stories for his young boys, adults will get the wit and humor that will go over the heads of children.

He has several other writings, all worth reading. What is your favorite Wilde?