Counting Wolves by Michael F. Stewart was published in 2017 and from the blurb on the back, I wasn't sure what to expect of this book - was it complete fantasy or would it be about  mental illness?

Milly’s evil stepmother commits her to a pediatric psych ward. That’s just what the wolf wants. With bunk mates like Red, who’s spiraling out of control; Pig, a fire-bug who claims Milly as her own—but just wants extra dessert—Vanet, a manic teen masquerading as a fairy godmother with wish-granting powers as likely to kill as to help; and the mysterious Wolfgang, rumored to roam for blood at night; it doesn’t take long for Milly to realize that only her dead mother’s book of tales can save her.But Milly’s spells of protection weaken as her wolf stalks the hospital corridors. The ward’s a Dark Wood, and she’s not alone. As her power crumbles, she must let go of her magic and discover new weapons if she is to transform from hunted to hunter.


Stewart did a good job trying to unravel the stigma that surrounds mental illness. The nurse says, "No one here is crazy. You should have realized that by now. You have nothing to prove. You come here when you are sick. You leave here when you are better" (205).

Milly is concerned about the stigma of being in a psych ward. She misses her phone that allows her to communicate without counting. Milly has to count to a hundred before she can speak, eat, or go through a doorway. It's her magic spell that keeps the wolf from devouring her. She knows her magic works, but the counting spell is driving everyone away from her and making her sick in the process.

Steward does a good job incorporating fairy tales into Milly's story, and I liked the role the book of fairy tales plays with Milly's mind. 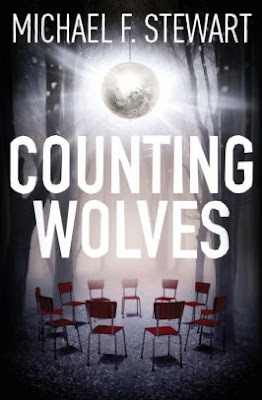 "What's wrong? But I'm not ready to share that, even if it isn't my fault, even if it's common and no one should care. I know they do. I do" (100). When speaking of the stigma of mental illness.

"Maybe she's forgiven me for not being there when she woke up in the dark, ready to say goodbye, and only found the wolf there to take her" (123).

"She wouldn't be the first person to mistake Jesus for the prince with true love's kiss" (125).

Although I won't share the last paragraph of this book, it is one of the best ending paragraphs ever. It gives the reader the courage and strength to keep breathing, fighting, and trying.

This book would work well as a Hi/Lo book. The content is fast paced, interesting to teens, there is plenty of white space on the page, and the cover is awesome and incorporates many things from the story.

I wish the book had been longer, but the length of 217 pages is perfect for Hi/Lo readers.


Read to a child today even if that child is you.

Jamie Nilson sent a box of books for our book project. Some of these will go to the NICU and the rest will go to local Little Free Libraries. Thank you so much, Jamie for helping our book drive. 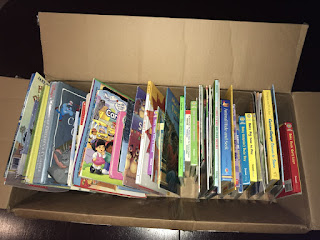