You've probably heard of Alfred Hitchcock's movie The Birds, which was based on Daphne du Maurier's short story by the same name. It is often read in ninth grade English classes, and the students love it. Du Maurier is a master of choosing just the right words to build suspense. If you liked "The Birds," you will also like her novel Rebecca.

Two years ago, our book club read Rebecca by Daphne du Maurier. She first published this haunting romantic masterpiece in 1938. The title of the book refers to Mr. de Winter's dead wife. The main character of this story is married to Mr. de Winter, but du Maurier never names her. She goes to Manderley and dwells with Mr. Maxim de Winter in Rebecca's shadow. She is shy and much younger than her wealthy husband.

There we meet Mrs. Danvers, the housekeeper who makes life hard for the young Mrs. de Winter. She is a sketchy and sinister character. However, Frank Crawley, the kind overseer at Manderley becomes the heroine's friend.

I took my time reading this book because I didn't want it to end. I wanted to think about it. Daphne du Maurier writes her characters well. They are fleshed out and as a reader, I found myself drawn to them and wanted them to win. This is a great read for Halloween month. This book will make you think and raise the hair on the back of your neck. 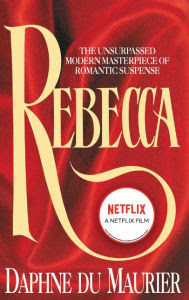