The Mezuzah in the Madonna's Foot by Trudi Alexy

The Mezuzah in the Madonna's Foot: Marranos and Other Secret Jews--A Woman Discovers Her Spiritual Heritage by Trudi Alexy has one of the most complex titles I've ever seen on a book, but don't let that stop you from reading it.

Published in 1993, Alexy tells the stories of herself and several other Jews who escaped Hitler's final solution by getting to Spain during WWII. In Alexy's case, her family was baptized Catholic before they got to Spain and hid the fact that they were Jews. She goes on to tell about several other Jews who made it to Spain illegally and how they were allowed to remain there until they could get visas to somewhere else.

Reading about how Spain helped protect Jews during WWII makes me wish that other countries had done more to save them. We had the knowledge to act, but we didn't act. A full ship of Jews was sent back from American waters, and all of the people on that ship died.

This book shows that we must work together to help our brothers and sisters where ever they may be in the world. We can't sit back and do nothing just because we feel they are different from us.

"We must keep remembering how important it is to take care of one another. Those of us who lived through it could not have survived that horror without looking out for each other" (159).

One Jewish woman told how helping others cross into Spain was illegal, but she said, "We were in danger because everything we did was illegal, from the French point of view. But you have to consider this danger in the context of the times. Just walking around in Marseilles was dangerous for us, because we were illegal" (185).

I think of her words, and I wonder if I would become illegal if my loved one's lives were in danger. What would I do to protect them? This is why I can't bring myself to judge anyone who crosses a border illegally. I haven't walked in their shoes, so I don't know. I think of the Syrian refugees fleeing ISIS and how scared they must be. I see photographs of their children - their faces twisted in fear and tears, and I want to help them just as the Spanish people helped the Jews.

"We must all remember that if we allow even one among us to lose his or her freedom, each of us is in danger" (191).

The last section of the book tells about how the Jewish faith became secret in Spain during the 1300s Inquisition, and how each family worked to keep faithful to their Jewish heritage. I found this section interesting because it shows how deeply set our fears become - that even when we can safely tell, we still struggle to tell something that had been so protected. 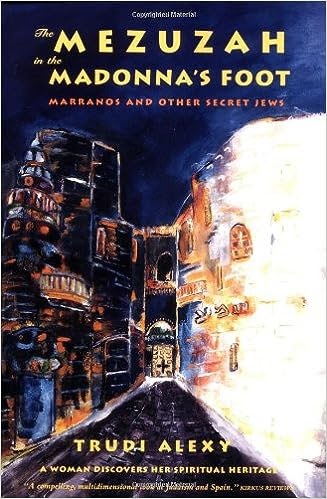 This book is well written and the first I've read about Spain's role in protecting those who needed help.