The Hidden Oracle by Rick Riordan

The Hidden Oracle by Rick Riordan is the first book of The Trials of Apollo series and was published in 2016. This series is connected to the Percy Jackson series, but the main character is Apollo who has been cast to earth by an angry Zeus as a mortal teen complete with acne and without his god like good looks, strength, or agility.

Percy Jackson takes him to Camp Half-Blood, and Apollo learns he must restore five lost oracles. This book, just like all of Riordan's work, is fast paced with never a dull moment. He makes good use of white space and short chapters, so even students who have hard time with text, should do fine with the formatting of this book.The cover is completely awesome.

I enjoyed seeing the changes in Apollo as he learned what he had been putting his children through when he sent them struggles, and now that he has no special powers, he must rely on the half-bloods to help him.

I also like the positive references to the LGBT+ community. Apollo is bisexual and encourages his fans to study Greek history to learn more about his background, although he does tell about the two main loves of his life - one male and one female. His son is also gay in this novel. Riordan doesn't make it a big deal, it just is. I appreciate that students who are LGBT+ will see themselves in this novel in a positive way.

Riordan is always a good choice for students. My grandson, Isaac loves all his books, and I enjoy them as well even though I am way older than his target audience. 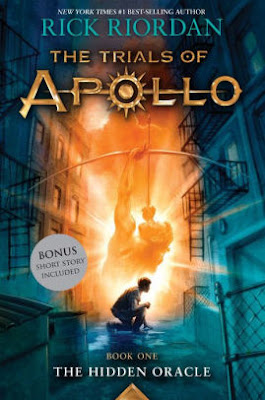 My niece, Michelle of The Cleaning Artists, donated these books for the NICU babies. I appreciate her donation as we're low on books right now. Thank you, Michelle. 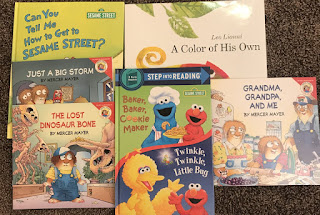