Books About Objects: The Friendship Doll and The Miraculous Journey of Edward Tulane

The two books for today reminded me of each other because they are both about inanimate objects that seem to have life. One is about a Rabbit doll and one is about a Japanese doll.

Kate DiCamillo's The Miraculous Journey of Edward Tulane  published in 2006, is a sweet story about a very arrogant rabbit doll. The inside cover reads: "Once, in a house on Egypt Street, there lived a china rabbit named Edward Tulane. The rabbit was very pleased with himself, and for good reason: he was owned by a girl named Abilene, who treated him with the utmost care and adored him completely.

And then one day he was lost.

Kate DeCamillo takes us on an extraordinary journey, from the depths of the ocean to the net of a fisherman, from the top of a garbage heap tot he fireside of a hobo's' camp, from the bedside of an ailing child to the streets of Memphis. And along the way, we are shown a true miracle - the even a heart of the most breakable kind can learn to love, to lose, and to love again."

Each person who possesses Edward changes him in some way.

This is such a charming story, and I can't believe the story of a toy rabbit could make me cry, but it did. The Lexile is 700, and it would make a great read aloud. The hardback edition contains beautiful illustrations for the novel. Kate DiCamillo also wrote Because of Winn-Dixie, which is another great read. 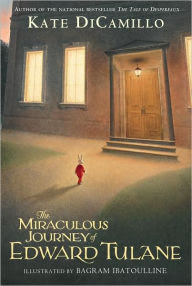 The Friendship Doll written by Kirby Larson and published in 2011 is historical fiction. She tells the story of one of the missing friendship dolls that were sent to American from Japan in 1927. Her writing really comes alive because I distinctly remembered there being illustrations in this book, but alas, it was all in my mind. The only illustration is the one on the cover. This doll also begins quite arrogant, and somewhat mirrors Edward Tulane's story.

Miss Kanagawa (the doll) is changed by the people she meets, but she is also able to influence the people to be better friends. By doing this, happiness is increased in each life that she touches.

There are some time flow issues in this book, but it is more thoroughly edited than her novel Hattie Big Sky. I liked the ending of this story and wondered if that is what really might have happened to Miss Kanagawa. My only issue with the book is that Larson portrays a real person from history in a negative light without knowing if that was her true personality. I am always bothered by that because Hey, that is a real person you are writing about. She says in the notes section, "I am certain that the real Belle Wyatt Roosevelt, grand-daughter of Theodore Roosevelt, twenty-sixth president of the United States, was a lovely child; however, since I invented Bunny, I also invented Belle's less-than-pleasant personality to add tension to the story" (196). I felt she could have added tension in another way without disparaging a real child. This book is worth reading, and even with my issues with it, I enjoyed it immensely. 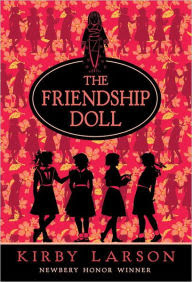