Throwback Thursday: The Legend of Old Befana by Tomie de Paola and The Christmas Witch by Joanne Oppenheim 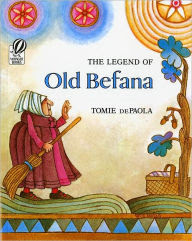 Published in 1980, Tomie de Paola tells and illustrates the The Legend of Old Befana. She is a cranky old woman who sweeps and bakes. The other people in the town don't like her and the children think she is cranky and sweeps too much. When she sees the star representing the birth of the Christ Child, she is annoyed that it interrupts her sleep. When the Wise Men come and tell her that they seek the Savior, she feels that she is too old, too busy, and doesn't have a proper gift for him.

Later, as she sweeps, she realizes that she can bake some goodies to take to him. She decides she will bring her broom and sweep the floors for the new mother. "And I'll take along my broom to sweep the room clean, for the Baby King's mother will be tired."

Unfortunately, she was waited too long and is unable to find the Baby King, but she keeps searching. "Every year on the Feast of the Three Kings, January the sixth, Old Befana runs across the sky. She visits all children while they sleep and leaves them gifts from her basket. Then she takes her broom and sweeps the room clean. 'For, after all,' says Old Befana, 'I never know which child might be the Baby King of Bethlehem.'"

Matthew loved this story, so tonight we will read The Christmas Witch written by Joanne Oppenheim and Illustrated by Annie Mitra. Published in 1993, this story also relates the legend of Old Befana. Old Befana looks more the part of the witch in this story and she sings horribly. 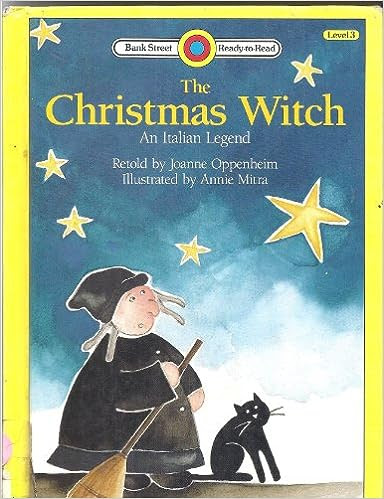 The story is the same but not as tender as de Paola's version. His use of dialogue brings Befana's voice to the story.

It is important for children to compare and contrast stories. Allow them to decide which one they like better and explain why. Maybe they will like some parts of one and some parts of the other one. Talk about the choices the authors and illustrators made in each book. Discuss why those choices matter and which ones made the book stronger. By reading with your child and guiding them through the critical thinking process, you will make them stronger readers who question the choices of authors and illustrators.