In 1958, Daniel Keyes published the short story version of Flowers for Algernon. This is the version I used in my eighth grade classroom. This story brings up questions that help a student that age learn about ethics, science, human nature, intelligence, prejudices, and the learning process.

When I get back to the classroom, I hope to teach this version of the story again.

Charlie, the main character, is an adult who has been selected for an experimental procedure to increase his intelligence. The story is told from his point of view in journal entries. Charlie has a cognitive disability. Because the story was written in 1958, the term used in the sstory is mentally retarded. We now refer to this as intellectually and developmentally disabled or IDD.

Charlie is able to live on his own. He works at a bakery cleaning and making deliveries. He has worked hard to be able to read and write, but he isn't very good at either one of those things. He gets chosen for an experiment that may increase his intelligence because he is highly motivated to learn.

Algernon is a mouse that had the same procedure done on him and is now incredibly smart. The surgery increases ones IQ by three, and the doctors hope that Charlie's IQ will rise just like Algernon's has.

I don't want to give away the story if you haven't read it, but the novel goes into detail about Charlie's family. We learn why he acts the way he acts, why he is so motivated to learn, why he seeks approval and longs for friends. We learn that he endured a lot of abuse, and we see how hard it must have been for his mother to have a child like Charlie in the late 1920s early 1930s when children who were viewed as different were hidden in institutions that were often storehouses for those with IDD.

Keyes takes us into an institution, one that has good people working there. We see Charlie's fear as he worries about ending up there. We see him acknowledge the goodness in the people he meets, and we see the anger towards him when the doctor there thinks he is just another person in an ivory tower judging those who dwell in homes for those with IDD. The doctor has no idea of Charlie's history.

We see him become self aware and struggle to reconcile the old Charlie with the Charlie he has become. He looks in the mirror and believes he sees the old Charlie. "He looked down and I looked at my hands to see what he was looking at. 'You want these back, don't you. You want me out of here so you can come back and take over where you left off. I don't blame you. It's your body and your brain - and your life, even though you weren't able to make much use of it. I don't have the right to take it away from you. Nobody does. Who's to say that my light is better than your darkness? Who's to say that death is better than your darkness? Who am I to say?'" (175).

We see the physiological struggle as Charlie tries to deal with mental conditioning dealt him by his mother as his mind becomes an adult. We also get to see a reconciliation of sorts with his family.

I love how much this book made me think and question, but one needs a bit of background knowledge in life, psychological issues, abuse issues, and human nature to really appreciate this story. 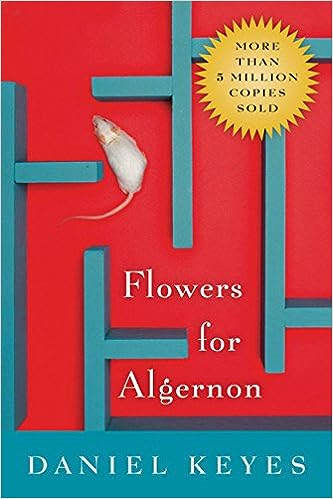