The Queen's Thief Series by Megan Whalen Turner is a series of five books, but I just found out there is a sixth book that will be published in August of this year. Book one, The Thief, was published in 1996 and was introduced to me by our wonderful librarian at South Hills Middle School for Brown Bag and a Book.

The story is about a thief, Gen, who has been imprisoned for bragging about stealing from the king. The mangus needs a thief to steal an ancient treasure and chooses Gen to help him attain it for his king. I enjoyed this book but didn't continue reading this series until I found the third book in a Little Free Library.

I listened to the series on audio and it is well narrated. The series gets darker as it progresses, but it has moments of levity. There is a lot of adventure and action in this well written series. Things are never as easy as they seem when Kings, Queens, kingdoms, wars, and intrigue are involved.

Book One: The Thief 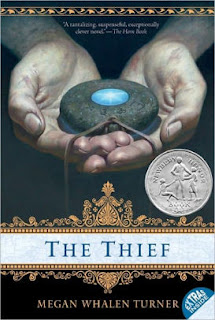 Book Two: The Queen of Attolia 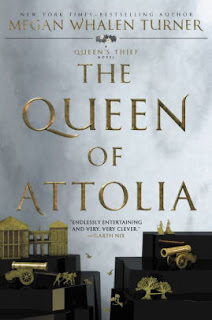 Book Three: The King of Attolia 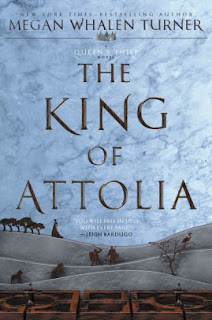 Book Four: A Conspiracy of Kings 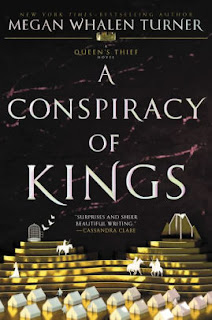 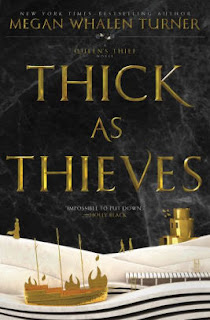 Book Six: Return of the Thief Available for pre-order now. I look forward to reading this book. 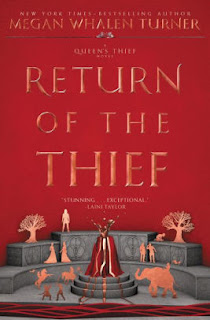 Link to our NICU book registry if you'd like to donate books to babies in the newborn intensive care unit so their parents can read to them while they grow. You can also donate gently used books to our project by sending them to me or to Angie. Email me for a mailing address. We can use both English and Spanish books. If you have a graduate of the NICU, or if you have a baby whose life you would like to honor by donating books to this project, let me know, and I can make a book plate with their name for the books you donate.
Posted by Catherine1216 at 11:19 AM